#theskelvesarecoming began to trend in Spring 2019 as Castle Howard teased the launch of their new woodland play area. The odd image began to appear on social media channels of wide-eyed, other worldly creatures and excitement began to build.

Shortly after that, Rusticus received a call from Abbi at Castle Howard – the Skelf Council would like to meet us about an opportunity which might suit our brand rather well…

A matter of weeks later, we were helping Charlotte Graham @madcowfudge adjust lighting in the increasing gloom of the forest as the sun set over the Great Lake at Castle Howard and two Skelves skipped over the wooden rope bridge above – inviting the first of many children to explore #skelfisland.

The Skelves have been drawn from the medieval settlement of Henderskelf which pre-dates the existing house on the Castle Howard estate and have been invoked in order to provoke wonder and magic for family audiences. We have thoroughly enjoyed exploring both the world of the imagination and the world of the walkways amongst the trees in a week which saw us animate the island for VIPS, press, visitors and of course, the fabulous Skelf Council. The icing on the cake of this magical experience, was Charlotte Graham’s atmospheric shot from that Friday night photo shoot, being picked up by the Sunday Telegraph.

We are looking forward to further adventures in the grounds at Castle Howard as the Skelves venture forth to engage with families throughout the seasons. Come and meet them #theskelvesarehere 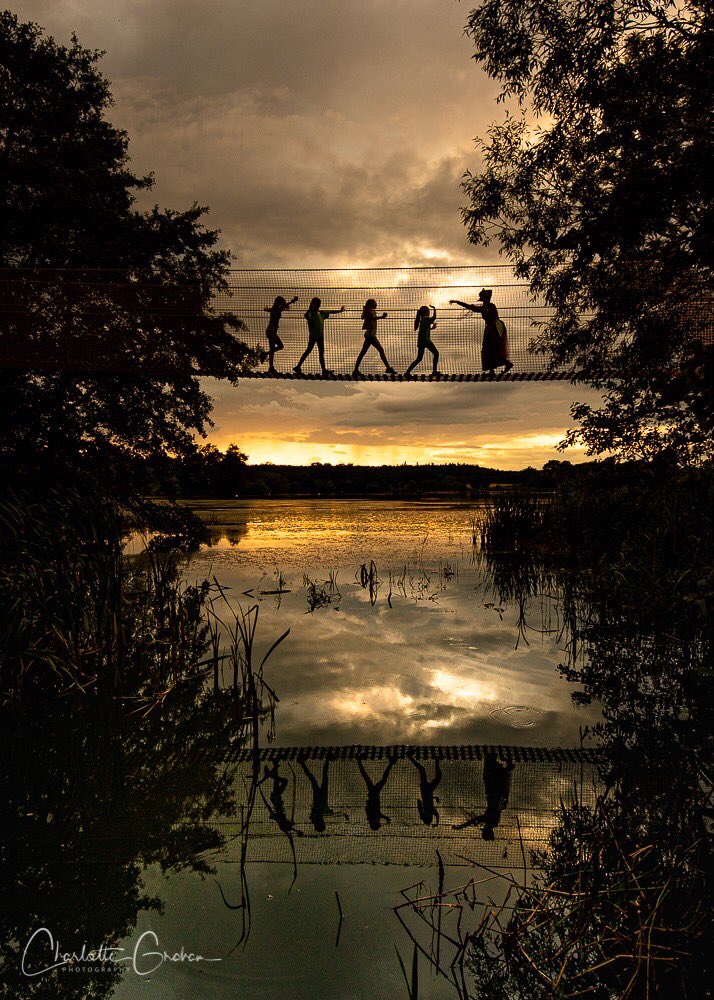